Data (contracts, declarers, tricks made) are entered through a “Bidding” screen, accessible from the “Input” screen

Enter the final contract and the declarer, then enter the tricks made and the lead card (several tables) or NS and EW honor points (single table) 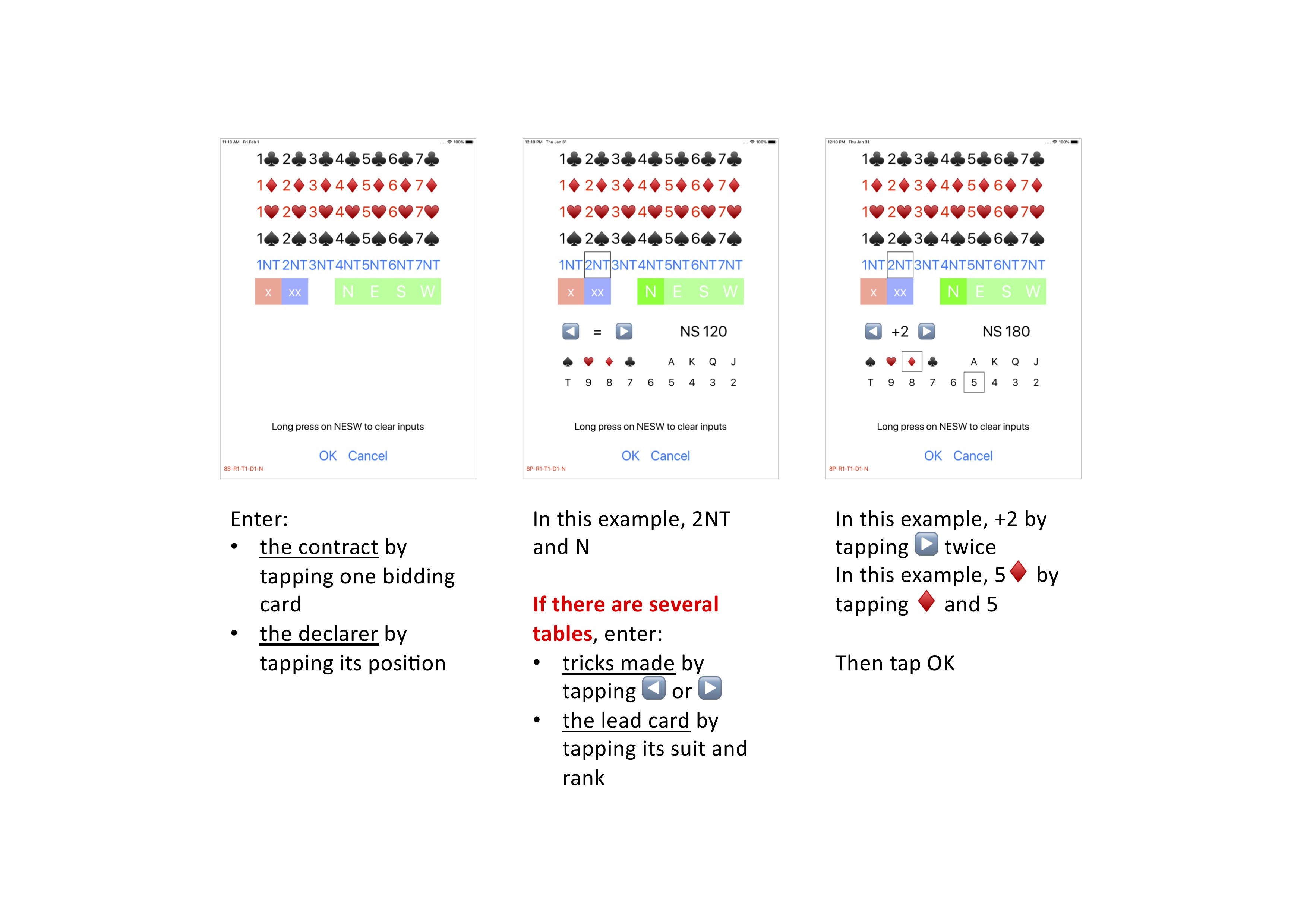 Example: case of a single table 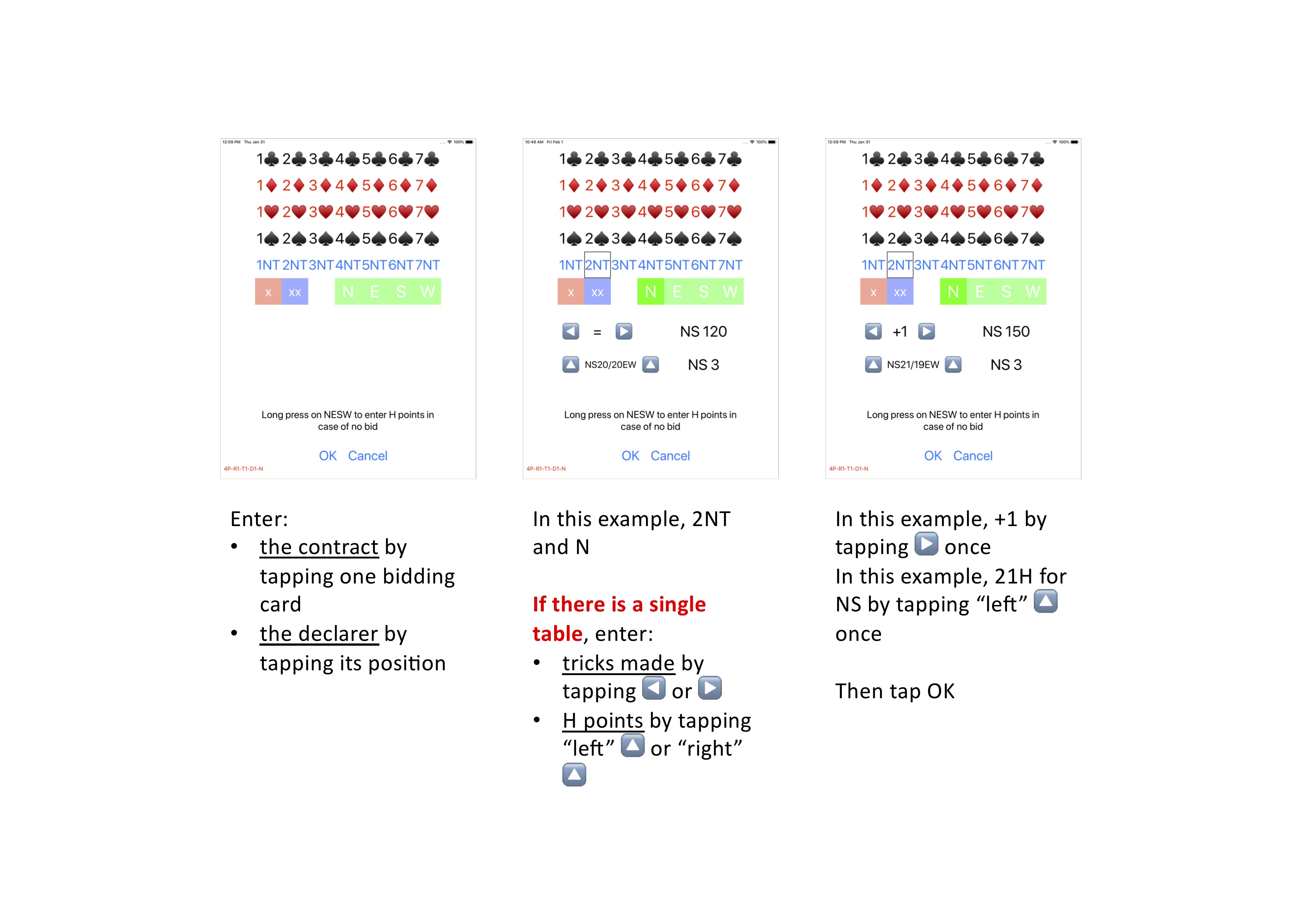 If using Multiple Device Mode (a device on each table)

The entire bidding sequence is entered, each player entering his own successive bids

In order to work, each device has to be correctly positioned: the letter N towards the player in N. In this way, the “bidding cards” will be facing the player whose turn it is to bid

To enter a bid: press on the appropriate bid then press again to confirm. The “bidding cards” rotate automatically to face the next bidder

In the event of a jump bid, first press “STOP” followed by the appropriate bid and press again to confirm

After 3 consecutive “PASSes”, the bidding process ends and the deal can be played. Once played, enter the number of tricks made and the lead card (several tables) or NS and EW honor points (single table) 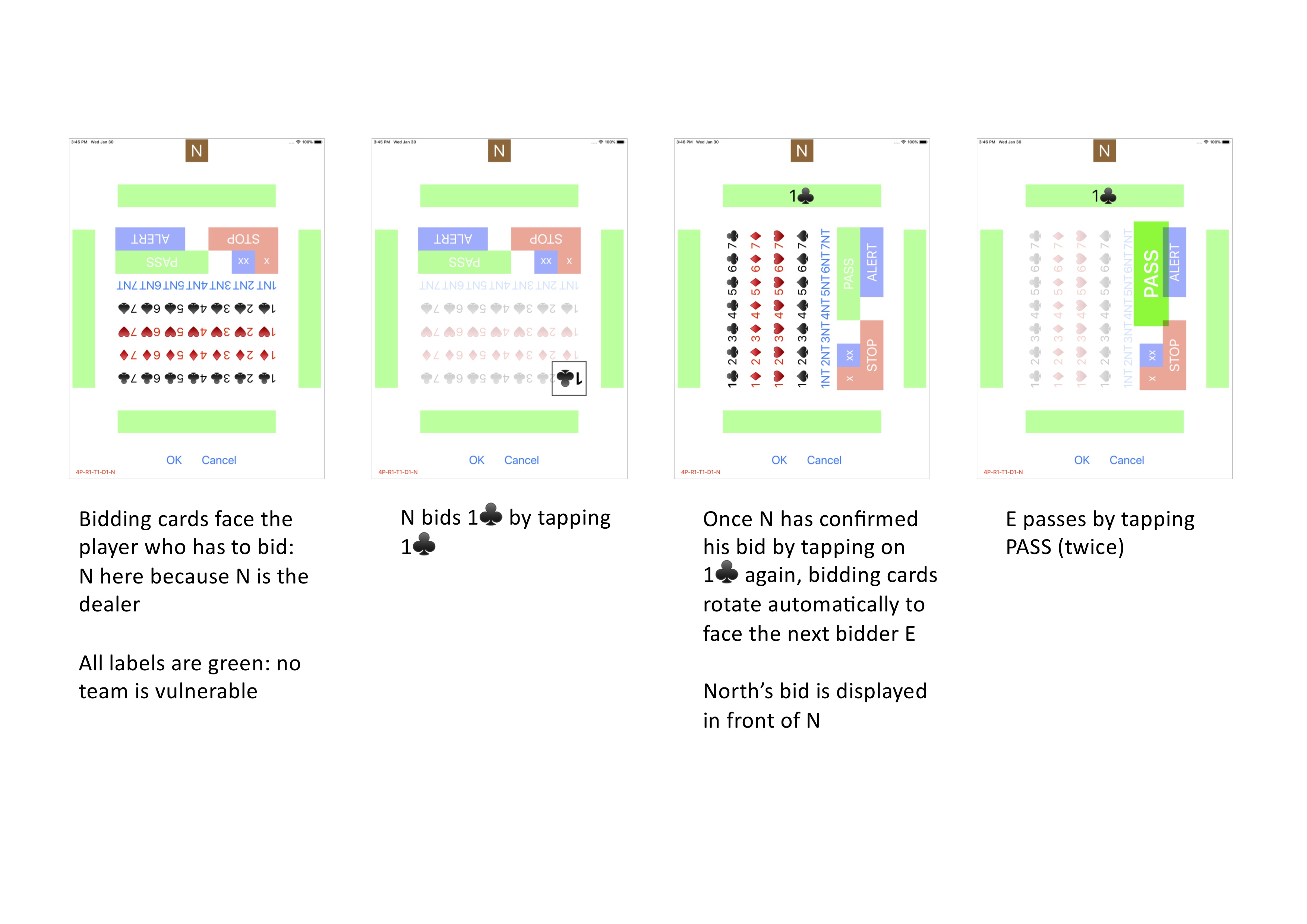 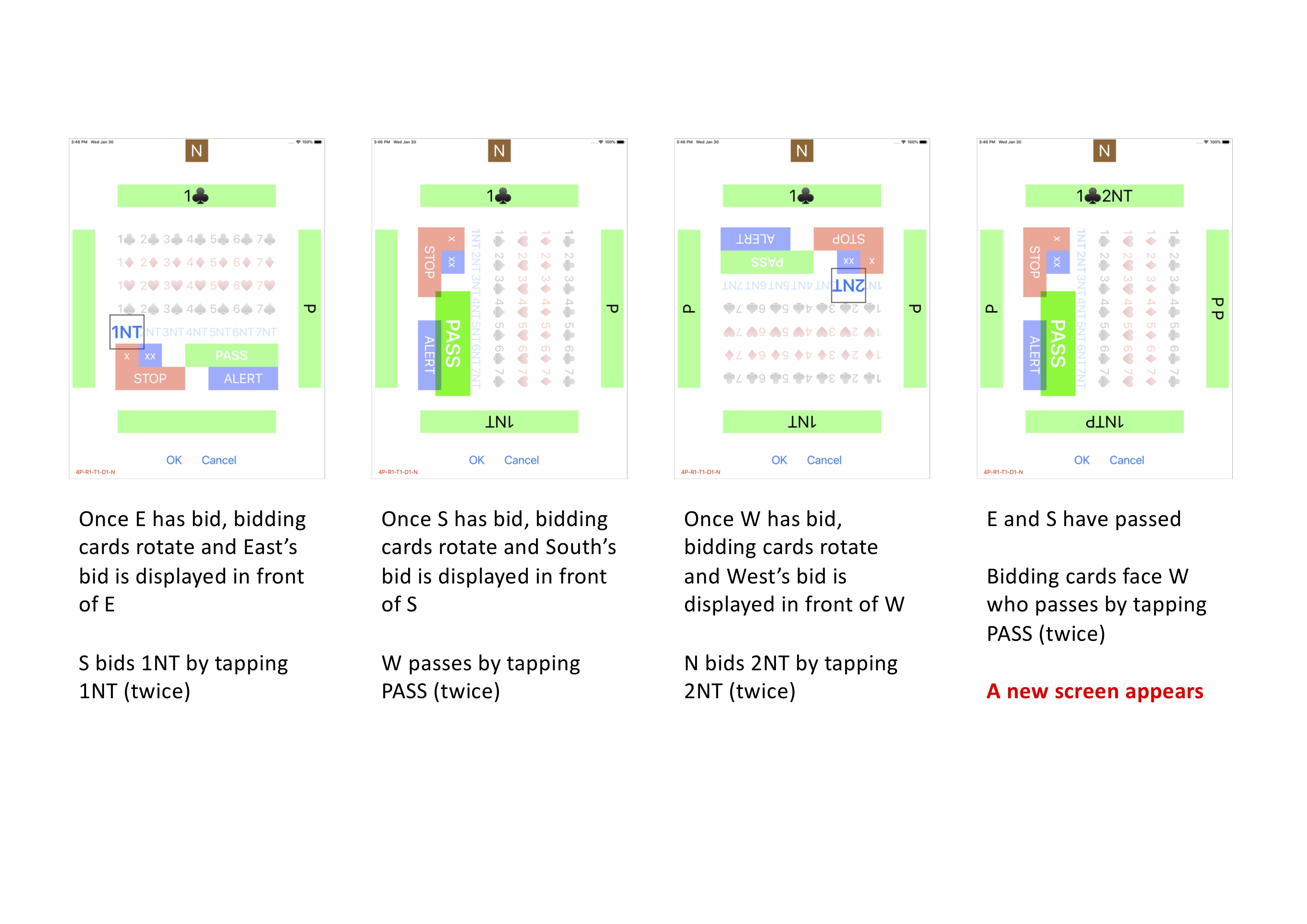 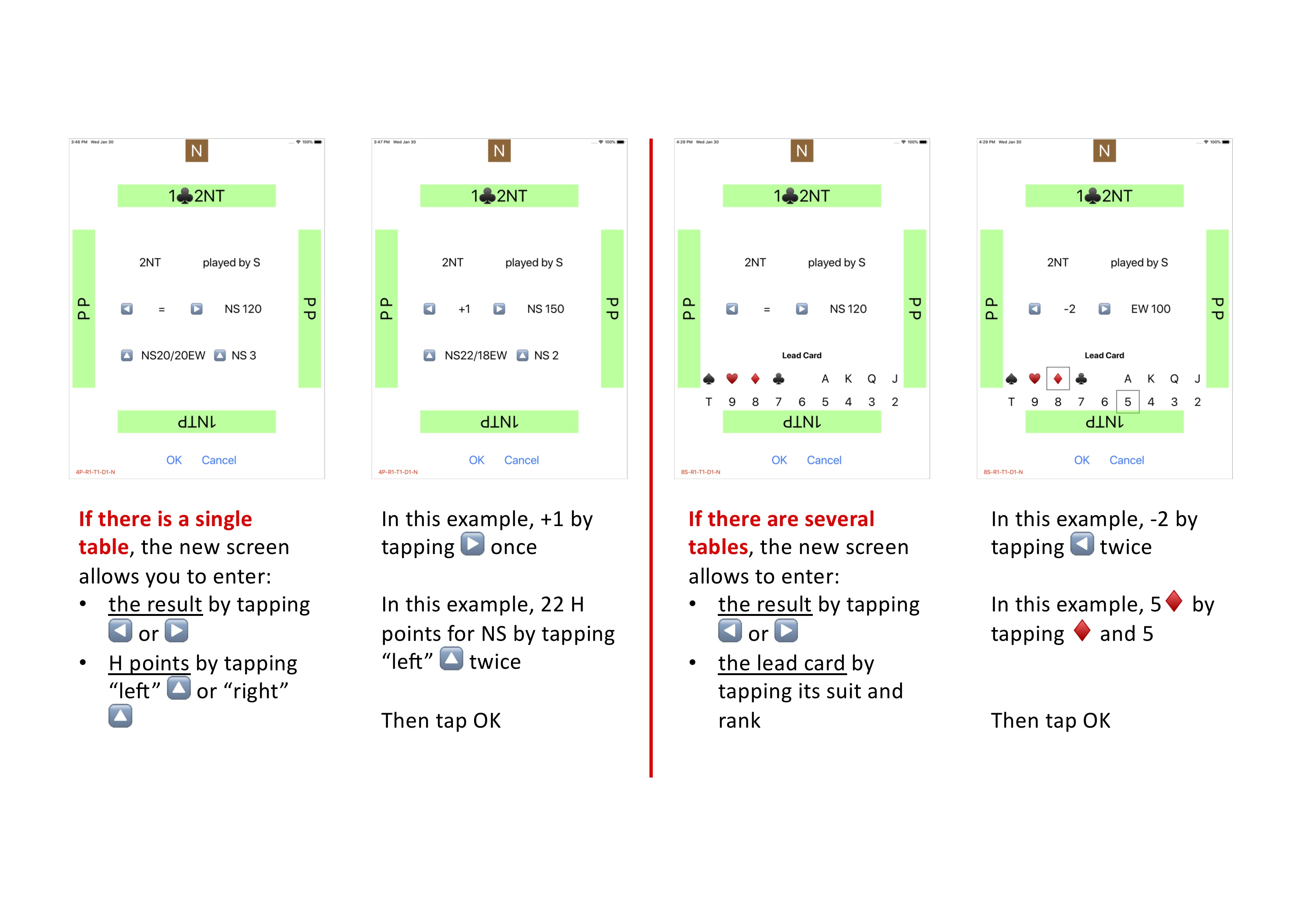